The Charente-Maritime is an area in South West France forming part of the Nouvelle-Aquitaine region and enjoys a sunny, warm micro-climate with mild winters.

Bordered by over 400 km of Atlantic coastline with the beautiful islands of Ile de Ré, Ile d'Oleron and Ile d'Aix, accessible by bridge or short ferry trip. North of Bordeaux you will find the Gironde, the largest wild estuary in Europe.

As well as the cultural city of Bordeaux, the region has several large towns, including La Rochelle, Saintes, Rochefort, Cognac with impressive Gallic Roman architecture.

Famous for oyster and mussel farming as well as the salt marshes producing the 'fleur de sel', the region is renowned for Cognac brandy, world class wines and Pineau des Charentes, a fortified wine.

Located in the historic town of Saint-Jean d'Angély, our agency is easily accessible by road being only a couple of minutes from the A10 motorway. The nearest airport is just 45 minutes away at La Rochelle. 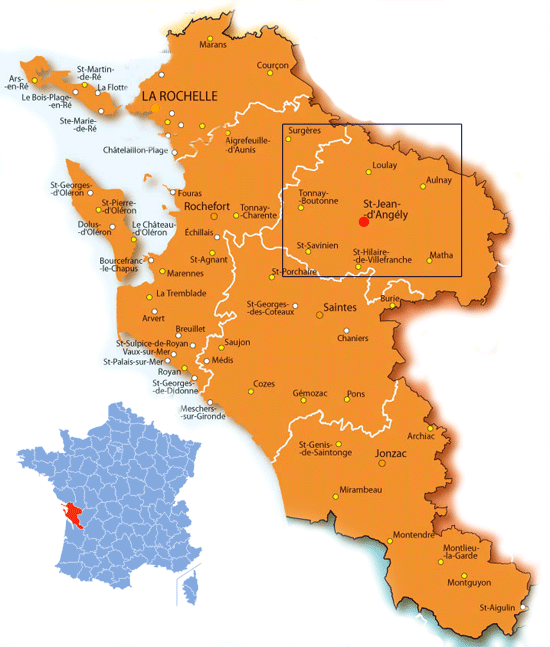